In 1889 Jane Addams and Ellen Starr opened Hull House in Chicago, the Eiffel Tower wowed
visitors as the gateway the World’s Fair in Paris, Mark Twain published “A Connecticut Yankee
in King Arthur’s Court,” North Dakota and South Dakota became the 39th and 40th States
admitted to the Union and construction of the first Rockford YMCA building, at State and
Madison streets, was completed. This landmark building, now known as the East Side Centre, is
a stately presence in downtown Rockford and enhances the charm and character of the city’s
19th century architecture.

Currently home to a variety of businesses and organizations including V2 Marketing, Quiet Light
Communications and the administrative offices of the YMCA, the East Side Centre is nestled in
the heart of a building renovation renaissance between The Standard and the new indoor City
Market. The current owner, who purchased the building in 2006, has now decided to put the
building up for sale. 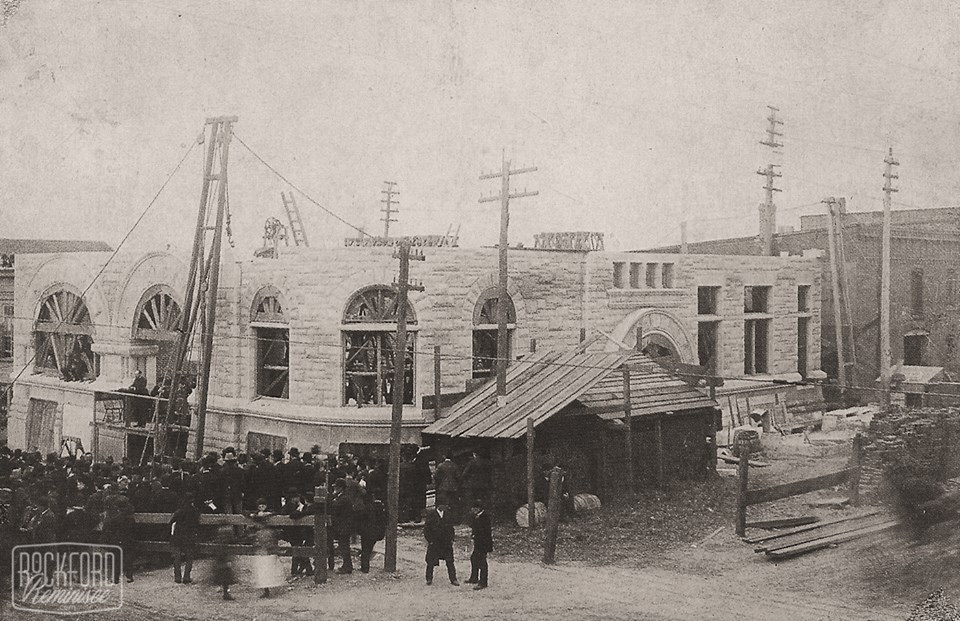 East Side Center 1889
The Richardsonian Romanesque building was built by subscription as Rockford’s first YMCA. In
1906 it was remodeled into the Merlin Block Office Building. Then in 1909, it became the 60
room East Side Inn. In 1968, the East Side Inn closed, and the building fell into disrepair. It was
saved from demolition when it was named a Rockford Historic Landmark and in 1988, it
underwent a $1.8 million renovation. A law firm was housed in the building from 1988 to 1998
and when the law firm left, it stayed vacant again until 2006. The current owner invested in
extensive renovations over the past 10 years improving the space for its eclectic group of
tenants.

Building for Sale
The current building owner has decided to put the building up for sale and hopes to find a
buyer who appreciates its history and unique status as a downtown landmark. “When my
partner and I purchased the building, we felt strongly that it was a building worth saving,
renovating and maintaining,” said building owner Scott Eckburg. “The building is an important
part of the revitalization of downtown with its distinctive and beautiful architecture. It’s a true
gem and I’m proud to have played a role in bringing it back to life.”

In addition to the YMCA administrative offices, there are several marketing and advertising
agencies located in the building. V2 Marketing has been a tenant for more than 10 years and
occupies the lower level of the building. “Our staff loves being in the center of downtown,” said
Kathy Velasco, owner of V2 Marketing. “Not only is there a great vibe with City Market and all
of the new restaurants popping up, but the space is ideal for the type of creative work we do.”
YMCA CEO Brent Pentenburg agrees. “It’s great being in a building that was Rockford’s first
YMCA,” said Brent “When our corporate offices needed to move to make room for a youth
center, it made perfect sense to move down the street to where it all started. Plus, it’s a cool
space!”